It looks like you're in the United Kingdom, visit Triflex.co.uk to view content specific to your Location 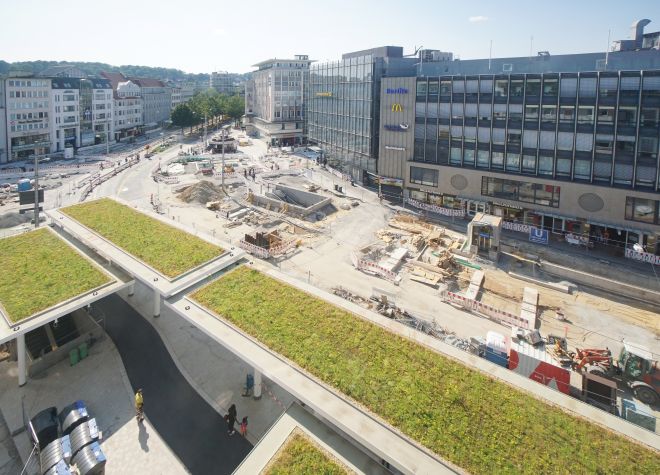 Green roof on newly built canopy at the Jahnplatz square

The Jahnplatz square in the city of Bielefeld in East Westphalia is a central traffic hub, right in the middle of  the city. The mobility strategy, covering the period until 2030, approved by the Bielefeld municipal council, defines modern and environmental compatible mobility for a liveable and dynamic future. It is intended as a contribution to climate protection, with car traffic making way for public transport and cyclist and pedestrian traffic. A central project within the scope of the mobility strategy is the redevelopment of the Jahnplatz square. Thus, due to the increased nitrogen dioxide pollution, the municipal development committee decided upon a reduction of motorised private transport at the Jahnplatz and redevelopment of the square: In future, pedestrians, cyclists and bus passengers will have more space.

In the process, a canopy was constructed over the "Jahnplatz" stop. In the spirit of the sustainable concept, it was to be covered with a green roof structure. The metal construction, built and installed by Egoé, had to be protected accordingly. Triflex waterproofing systems, such as Triflex ProTect with fleece inlay, provide not only a certified green roof system, but also adhere perfectly to metal. With this in mind, adhesion to galvanised stainless steel was tested in advance internally at the Triflex laboratory. Details, such as the all-round gutter, securants or roof gullies, were also reliably waterproofed with Triflex ProDetail. The gravel guard strip at the edge of the roof surface was bonded with Triflex Cryl Paste. The fact that this waterproofing was applied during a very cold spring was a further argument in favour of the Triflex systems, which can even be processed at temperatures as low as 0 °C. And, after all, the investor had already had good experiences with the Triflex waterproofing systems on other projects.

THE APPLICATION OF THE TRIFLEX SYSTEMS WENT AS PLANNED DESPITE THE DIFFICULT WEATHER CONDITIONS.
THE SUPPORT PROVIDED BY THE TRIFLEX APPLICATIONS ENGINEERING DEPARTMENT AT THE CONSTRUCTION SITE WAS VERY GOOD. 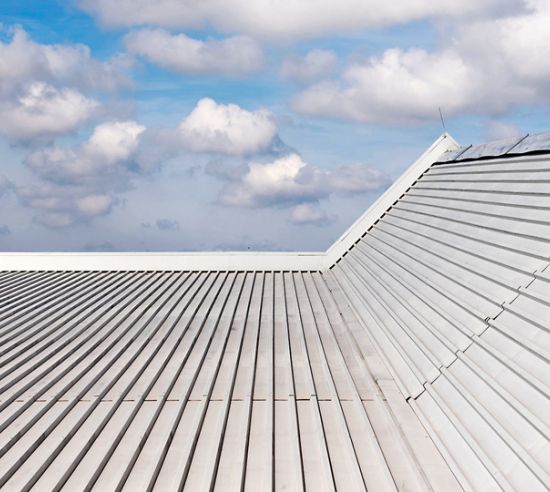 Metal roof on an industrial warehouse in Pirmasens 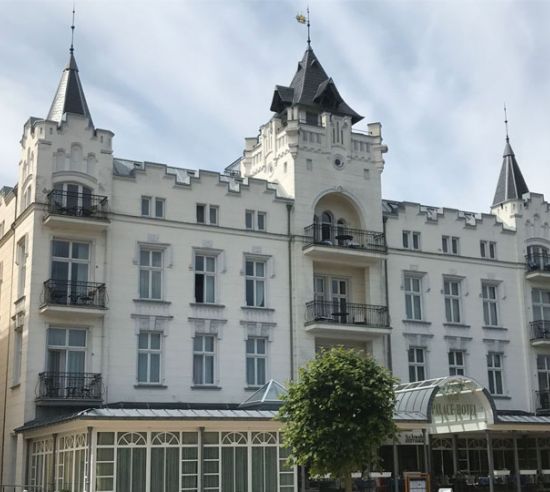 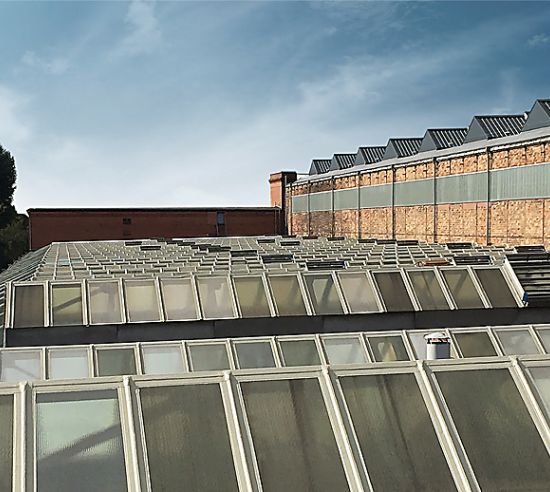 Sawtooth roofs of an industrial warehouse in Braunschweig 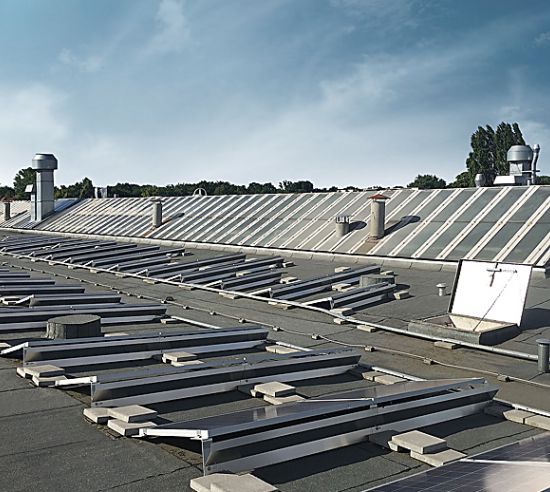 Sawtooth roofs of a car dealership in Berlin 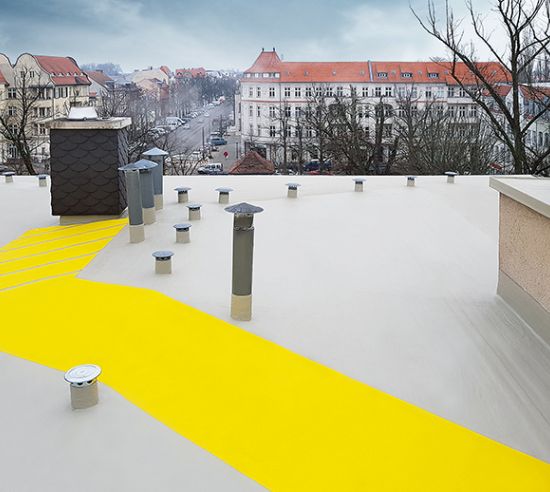 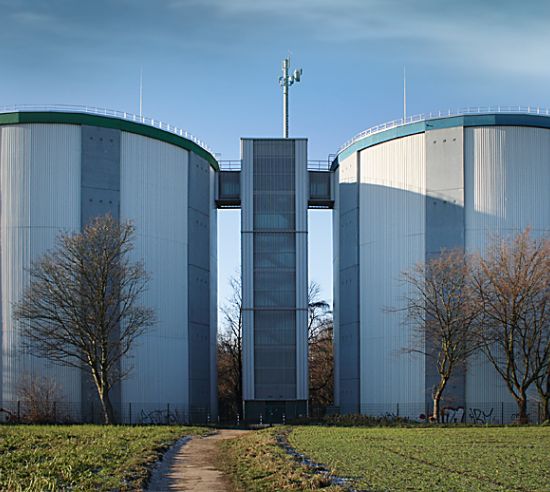 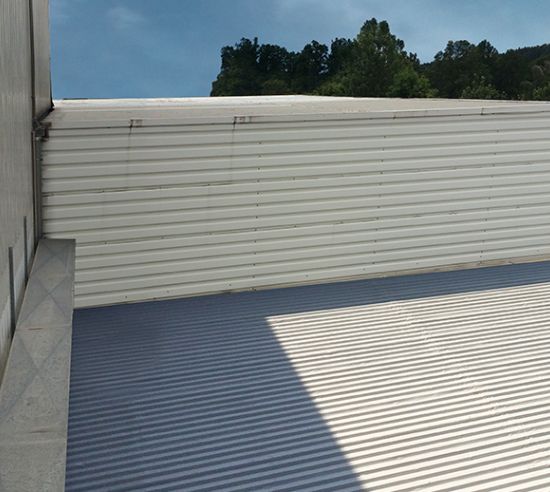 Metal roof of a production building owned by TIAG Althofen (AT) 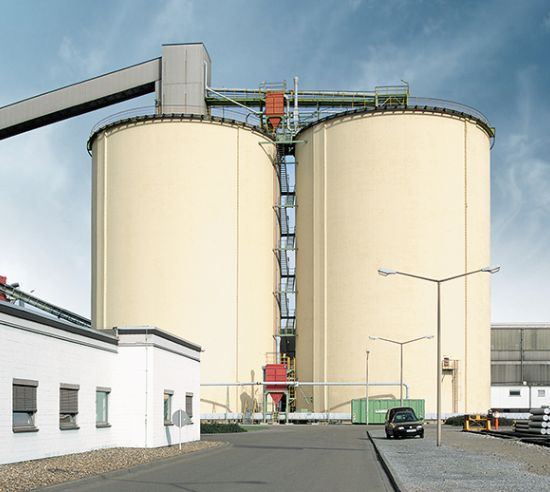 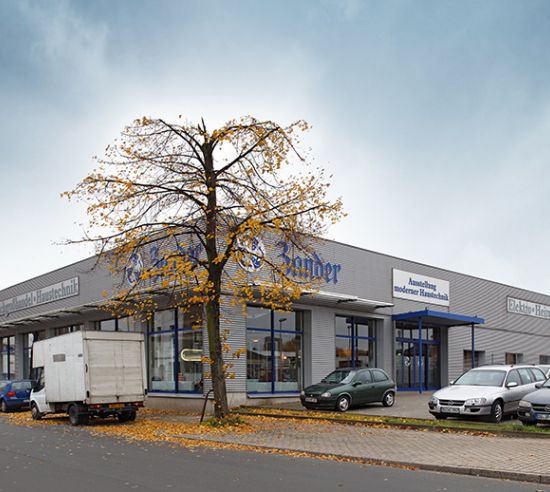